Background to the Thomas Cook Crisis 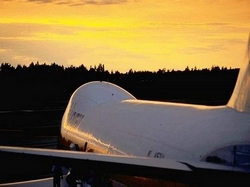 Tourism contributes 11.7% of GDP and represents 13.6% of all members in Spain. Tourism is, by its nature, a horizontal sector, having an impact on practically every sector of the economy, and it is capable of generating induced income in sectors such as commerce, leisure and the services in general which our visitors use, whether they come through a tour operator or independently.

Tourism is also a fundamental sector in the economy of the island regions. In the Balearic Islands it represents more than 45% of gross domestic product (GDP) and provides work for more than 30% of all wage earners and in the Canary Islands it contributes more than 35% of GDP. Furthermore, the sector generates more than 40% of all jobs in those regions. Notable, in both cases, is the significant number of European tourists they receive, especially British tourists.

The British group Thomas Cook, the second largest in the world and the oldest, went into administration on Monday 23 September, after the failure of emergency negotiations with its principal shareholder, the Chinese investment group Fosun, and its creditors with the aim of securing a capital injection to allow it continue operating.

The company, with a history stretching back 178 years and 22,000 employees, announced in a communiqué the “compulsory liquidation of Thomas Cook” in spite of the efforts made. The firms AlixPartners and KPMG have been chosen to help the Official Receiver with the process of winding up the group.

The Thomas Cook group comprises an extensive tour-operating network, various airlines and hotels. Given that composition, the failure has also had a direct effect on air connectivity. In 2018, Thomas Cook airlines brought a total of 7.1 million passengers to Spain according to statistics from the airport operator AENA. The group Thomas Cook United Kingdom alone sent around 1.3 million tourists to Spain in 2018. It operated flights from the United Kingdom to 11 Spanish airports (essentially the Canary Islands, the Balearic Islands, Girona/Costa Brava, Reus/Costa Dorada, Alicante/Costa Blanca and Costa de Almería), although most of its operations were focused on the two archipelagos, which will therefore be the worst affected regions. So the effects of Thomas Cook’s failure will be felt not only by the tourism industry, but also in terms of connectivity, jobs and, in short, the social well-being of the affected autonomous regions, in particular the Canary and Balearic Islands, and the country as a whole.

Given this situation, the amount owed by Thomas Cook UK to the more than 600 Spanish hotels affected stands at more than €260 million. The amounts owed by other Thomas Cook subsidiaries which have become insolvent (such as those in Germany and the Netherlands) or those whose operations remain frozen (as in the case of Hungary, for example) has yet to be calculated.

Furthermore, the fact that Thomas Cook UK has ceased trading means that all of those people who had booked (and in many cases paid for) tourism-related services to travel to Spain in the coming months will now not come. According to estimates using data from AENA, the impact is reckoned at more than 400,000 tourists affected in the Canary Islands and 300,000 in the Balearic Islands between October 2019 and March 2020.

Finally, it is worth pointing out the significant loss of direct employment, with more than 3,400 jobs including workers at the company’s head office in Spain (800 at the head office and the handling company at the airport), located in Palma de Mallorca, and positions at hotels. In addition to the loss of direct employment, there is a much broader social aspect, as there is a risk that the hotels affected will have to close, which could spread to other sectors, such as transport and product distribution, but also to complementary sectors such as commerce and restaurants, among others.

The situation in the European countries where Thomas Cook had a presence is detailed below.

Consequences and impact of the failure of Thomas Cook

The problems arising from the failure of Thomas Cook can be summarised in four main áreas:

Information being provided by the British government [PDF] [307.7 kB]

The Civil Aviation Authority of the United Kingdom operates under a financial protection scheme known as the Air Travel Trust (ATT), for consumers who purchase package holidays including flight and accommodation through ATOL-protected tour operators and travel agencies.

The government and the Civil Aviation Authority took the measures necessary to ensure that affected travellers were returned to the United Kingdom in the days immediately after Thomas Cook ceased trading.

On 11 October, the Spanish cabinet approved Royal Decree-Law 12/2019, introducing measures for all companies affected, including: the establishment of a credit line for companies which have not been paid by TC, the establishment of a national fund for tourism competitiveness (Fondo Financiero del Estado para la Competitividad Turística: FOCIT), coordination of active employment policies between SEPE and the autonomous regions, support and information measures for those affected and reinforcing the intelligent tourist destinations strategy. These government measures were addressed at the interministerial tourism meeting held on 3 October 2019.

During her meeting with the European employment commissioner, Marianne Thyssen, the acting minister of industry, trade and tourism requested that the EU allocate resources from the European Globalisation Fund to alleviate the consequences which the failure of Thomas Cook may have in terms of employment. Other countries affected by the failure, such as Greece or Portugal, could also be included in this request.

Separately, on 24 September, the acting minister of industry, trade and tourism met with representatives of the most affected autonomous regions - the Canary Islands, the Balearic Islands, the Valencian Community, Andalusia and Catalonia - and with business owners from the tourism sector, to draw up and coordinate a joint action plan and to tackle this crisis.

The Spanish national aviation safety agency (Agencia Estatal de Seguridad Aérea: AESA) is carrying out on-site inspections at the Spanish airports from which Thomas Cook operated, to check that the rights of passengers laid down in Regulation (EC) 261/2004, regarding delays, cancellations and denial of boarding, are being respected.

If you are worried about this, ask us.

Measures taken before the crisis

All FAQs relating to the Thomas Cook crisis

Has this page helped you?

Thanks for your comments.